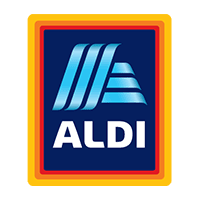 It's hard to assess the placement as a whole because the first part when we are at a store is completely different from the 2nd part at the Regional Office - it's more like two separate placements. I did not enjoy the former that much and was counting down my time there but did enjoy much more the 2nd part of the placement at the regional office. Anyway, as a whole I can say I learned going through it and has helped me prepare for next step.

I think we are given quite a lot of responsibility throughout the whole time. My time

In the store the general atmosphere felt school like. There was kind of small groups and some colleagues tried to look good for the manager showing after quite a different face when the manager wasn't around. The language and culture was not very professional either but things got done and there were good laughs. I would be more inclined to call the other employees 'buddy' than 'colleague'. That can be good or bad.

When with the Area Manager was much more professional and combined with good laughs very good balance.

In the regional office everyone was very nice and friendly and a very professional environment.

My training plan in the first store was not followed at all. The details for the second store kept changing.

When in the Regional Office departments didn't always know they would have us with them and didn't know what to do with us. These times were quite frustrating.

However, there was a total of 8 weeks where there were very well prepared projects and briefings and we just had to get hands to work.

I believe though it might have changed now as one of my final projects was to try to standardize the training plans across the board so hopefully that is being done.

I had an opportunity to go twice to a CSR training which was not part of my original training plan but because I was very interested it was something they were able to accommodate.

I feel that the time with AM is quite an investment as we are paid the full time when we are not really contributing much.

Time in store wasn't that good however and also there weren't any seminars or workshops we attended to develop particular skills or anything of the sort.

For those who wish to stay with Aldi and that Aldi wants them to stay the progression seems pretty good. If you get a placement with them and enjoy and perform well I'm quite confident you'd get a graduate job.

I personally was not a fit for the organization and it was clear for both sides and such will not have a job but it wouldn't be fair to give them a bad review.

Aldi is not known for being a social placement and my interviewer made sure to emphasize that.

Socialising prospects as a graduate are much higher.

I ended up working in Lancaster for store time and then in Manchester for the office time both are not particularly that expensive.

Not really a nightlife fellow.

50h a week is quite a heavy workload for university students. Initially felt quite much but with time learned to use time wisely and always had two days a week off that really felt off.
Also at the store the work is very physically and mentally draining due to the fast-paced nature of the business which makes it hard to do other things. At times did feel all I did was work and go home.

But after organizing myself a bit more and when moved into Regional Office it was easier.

The only thing Aldi organized outside work was a Fun Day to celebrate the opening of the regional office. Not happening ever again I'm afraid.