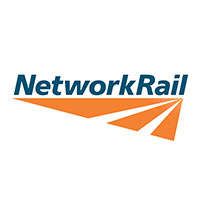 The atmosphere was really good in the office, I worked in two different teams whilst on placement and both teams had a friendly atmosphere, a good mix between work and a bit of chat round the office. The office layout in general was open plan which encouraged a more open atmosphere and was beneficial for colleagues, improving their mood and allowing a better job to be done.

The internship was organised very well, there was a clear planned timetable throughout our ten weeks. There was a mix of working within the office helping with the day to day running of the business, as well as shadowing days where the interns shadowed a senior member of the Finance Leadership Team, and also site visits were arranged to go and see the railway.

Having only a ten week placement limited the time for training, but as a result of the way the internship was laid out, a lot of the training was done on the job, learning through completing tasks. Some Excel courses were run to improve the basic skills, all of which were helpful.

Future employment prospects are very good working for Network Rail, whilst approaching the end of the internship, the opportunity was made apparent to be able to join the graduate scheme after completing our final year at university. Having received some good feedback and enjoying my time at Network Rail, I look forward to this opportunity.

Unfortunately being on a summer internship there was only limited number of interns (3 including myself). I got on with the other 2 amicably but they lived further away so outside of work there was no communication. However, we would frequently meet up for lunch and a coffee. I also was aware that the graduate scheme offers a lot more in terms of social gatherings. Amongst my colleagues there was plenty of opportunities, I played football every Monday with them and enjoyed other social outings.

The nightlife was something that I didn’t experience much as I was new to the area and didn’t really know anyone there. I went out for a few drinks and bowling with my colleagues and out for dinner with the guys I played football with. There was a wide range of choice and has a wide range of bars.

As mentioned previously playing football was a highlight of the activities to get involved in outside of work. There was a competitive 6 a side league that was on the duration of my placement, and this provided a great scene to meet some people from different parts of the business. There are also many other societies, one of which was the golf society which I would’ve participated in if I’d had my clubs with me. Network Rail also supports charity volunteer days where you can go and help out with a charity for a day whilst it not being used as holiday.