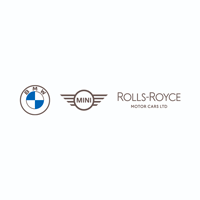 Project support within the analysis process and car stearing through the project.

The work that I was set was enjoyable and engaging. I was treated as if I was a perminant emploiee and the work that I completed was valued. all the work was relevent and they asked what intrests I had to tailer the work to things I enjoied. the work was engaging and fast passed.

They were welcoming from the begining and were keen to get me invloved in any of thier projects going on. Everyone in the team was aprochable and ready to help if you had any issues or questions. The work that I was set and the processes I was responcible for were very clearly linked to projects running in the company and the work was needed to run sucsessfully.

All managers in the department ran an open door policy manking it clear that you could ask them anything at any time. There were regular "cheack in" meetings with my supervisor to make sure everything was still on track and to cover any issues if I was at any point struggeling with the work.

With any project there are waves of buiness and quieter times, however if I had little of my own work to do then I was always able to help the others in the department with theirs, or shadow someone new to learn a new aspect to the buisness or project.

I was treated as a perminent employiee and was expected to attend meetings reporting on behalf of the team and reporting back to the team from the meeting. When team members were at different sites through out the year I was expected to stear the project from the plant, making sure all the deadlines where met and the cars were recived on time in the correct condition.

Through out my placement I developed vastly. My ability to present information clearly and skills involing effctive comunication and discusion improved dramaticly. This experiance also showed my what areas of the enginnering world I want to avoid in the future and areas I'd love to work in agian. It has also shown me which option modules would be helpfull and others that would be less relevent as I retern to University.

The atmosphere was always relaxed and easy to work in. Everyone was friendly and helpful at all times. There were never any issues with other team members, and it was always a profesional environment in which it was always easy to ask questions and get on with your own work with minimal distractions.

It was well structured, but also flexable so that there was a plan throughout the year, but if you had any spesific intersts they could be covered. There were quiter times with in the year and the project where there was less to do but this was reflective in the whole teams work load as it is the nature of the job

There were many trainings that I attended, some invloving documentaion, softwhere, health and safety and other work related topics. There were a lot of online trining programs about appropriate conduct at work and data protection issues. There were not many official personal development training courses offered to me but I learnt a lot of things from others on in the team on the job.

I would like to work for the company again if the opotunity arrises. It is well structured and the projects run are interesting to me and the staff and their work are valued. There is a team feeling throughout the company and I would be more than happy to work here again.

I didnt have much contact with the other placement students in the company, there are a lot of us, but we are all spread over the company and so contact is limited between us on a day to day basis. It would be easy to arrange socials together if it was wanted though.

The area has similar to outer london prices, so a little pricey. It is a nice place to live and the surrounding villages also are very accesable. it is a lovely place for walking and easy acces to the beach. the bus service is fairly extencive but is by no means london standard.

I am not one to be out late, but from what I hear Chichester is not a very active at night. If you want night life it would be better to go over to Portsmouth (about 30mins away). there are plenty of small pubs around but most close in the evenings.

There are plenty of sports clubs and different hobbiest clubs and sociaties round about. If you have an intrest outside of work there will probably be somewhere that does it locally including some of the more obscure things such as bell ringing! Chichester is a very comunity based city and there are many opitunities to get invloved with things around.