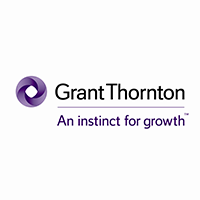 A 6 week PSA internship. We were expected to be involved in audits and help perform testing and analysis during the audits.

The people at Grant Thornton are what make it a workplace you want to go to. Whilst as an intern sometimes the work you're capable of doing is somewhat limited and can occasionally, despite the best efforts of your team, be repetitive and boring, this is kind of inescapable given your lack of formal training in the job. Getting to know the other interns a lot better at Bradenham also helps as this gives you a network to socialise with who are all in a similar situation to you.

Grant Thornton has a very friendly and inclusive atmosphere, which makes you feel comfortable to contribute even if you're new and have very little technical knowledge. The training in Bradenham was a great chance to get to know some of the other interns from my office and other offices at the start of the internship, and In all the jobs that I worked on, the team that I was with made me feel very valued and welcome.

My people manager was away on my first full week at my office, and 4 weeks into my internship I had yet to directly communicate with them. During my second week in the office, I had very little to do as I hadn't been assigned a job yet, though I did get assigned one early the next week. The department I was interning in was very busy, so I understood why this prevented more communication, and I'm sure that if I'd asked they'd have made more time.

After the first week of training, I had a week of not really having much work to do, though that's partly just due to the fact that it was Public Sector Audit's busy season and so it took a bit longer to sort out the details of what jobs I'd be on. However, as soon as I got put on a job, I was kept quite busy with relatively varied work, but wasn't expected to put in ridiculous hours.

On my first job, after initially mostly working with just my fellow auditors, I began interacting with the clients much more, being more independent in my work and not relying so much on my fellow auditors. Whilst somewhat daunting to begin with, I knew I had the confidence and support of my team and could ask them if was unsure about anything.

Learning to interact socially in a business setting is something that's very heavily emphasised at Grant Thornton and very important in almost all modern workplaces. As such, getting more experience at networking, and actually developing my network whilst at Grant Thornton, should benefit me whatever industry I decide to go into.

Everyone was very friendly and helpful, and introduced themselves wen we started at the office and offered us help if we needed it. The work was also very colloborative, so you didn't have to spend a whole day working by yourself at your desk, which ensured a friendly community feel in the office.

Not everything was set up for interns in my department when we did our first week in the office, mostly due to the fact that our people manager was on leave that week and it was the department's busy season, so everyone had been preoccupied with other jobs. But this meant that at the start of the internship we were sometimes left with little to do.

Our first week was all training, and we got the chance to be involved in training sessions in the main GT offices in London and at Bradenham Manor. We were also given access to GT's Business School, which gave us access to a bunch of courses, such as Beginner, Intermediate and Advanced Excel courses, which can help develop you for GT and future roles.

We were told at the Intern Conference in London that last year over 80% of intern and placement students were offered positions at the end of their time at Gant Thornton, which shows how valued interns are at GT. Alongside this, the graduate roles at GT often involve you doing a professional qualification which would then set you up very well once you've qualified, making graduate roles even more attractive.

Getting to know everyone at Bradenham and hang out with them outside of just doing training helped bring everyone closer together. We also had the chance to take part in our office's summer party, where there was soap box racing and karaoke, and alongside this we had a networking event with all the interns from across the UK during the Intern Conference.

I lived at home during the internship so I didn't have to deal with living costs. The travel costs weren't too bad given that the Birmingham office is very close to Snow Hill train station in the centre of Birmingham, and there's a variety of places to socialise in Birmingham at various prices, so it can fit all prices ranges.