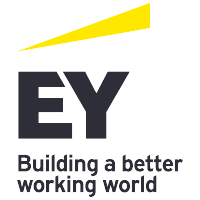 This review was submitted over 4 years ago, so some of the information it contains may no longer be relevant. Click here to view the most recent reviews for EY

Performing audits on various clients, including year end statutory audits and quarterly reviews. I performed work on various sections of the client's financial statements to ensure they were correctly and fairly stated. We also performed tests of controls on the clients systems/processes to asses the risks of misstatement or fraud.

It was difficult initially to settle in to working life. I had to travel for an hour to get to the office so the early mornings took some getting used to. The team were flexible, however, about when I should arrive at the office and when I should leave. My time management was essentially up to me.

The whole team were welcoming and friendly, and we went out several times for meals and drinks together. I even organised a team meal to say goodbye to everyone at the end of the placement, which had a very good turnout. All of my colleagues were more than happy to answer any questions that I had, and supported me with my work.

My counsellor introduced me to the team on day one, and answered all the questions that I had during the placement. We had regular meetings in which we discussed my goals for the placement, and how far I was to achieving them. I also had a buddy, a colleague who had joined the firm only one year earlier, who helped me to socially integrate with the team and to learn everything about working in an office environment.

I had plenty of work to do each day, although most of the time this was easily manageable. It did get very busy on a couple of occasions, however, it was useful to feel time pressured as I would expect this to be common in a full time role.

I was always doing a piece of work for another member of the team, who had delegated the work down to me. In this way, I was always supported and had someone to ask if I needed guidance. However, nobody watched you over your shoulder and you are mostly left to your own devices. It felt good to be given so much responsibility. The team trust you from day one, and expect high quality deliverable as if you are in a permanent role.

I have developed a lot of skills on the placement, such as time management, team work, networking, negotiation and commercial awareness. The feedback from my team was very positive, and although there is not a graduate vacancy in my team, I have been offered the chance to work for a similar team in the company. The placement has put me on the fast-track to employment.

Everyone at EY is friendly and easy to talk to. The team I worked in were fun-loving and we went out for drinks / meals several times during my placement. The employees are very relaxed in attitude, but hardworking nevertheless. Culture is of utmost importance at EY.

The placement started with two days of induction for all of the interns, followed by a morning of IT training. This was not at all difficult, and in fact, most interns were dying to finally get into the office and start work properly. The team had plenty of notice that I was joining them, so they had work for me to do immediately, and I didn't feel like a spare part.

I had access to all the graduate training materials used for new joiners, and everyone was willing to help guide me through the learning process. The placement was not long enough to start doing any professional actuarial qualifications however.

There are no graduate vacancies in the team I worked with, but I have a final interview with another actuarial team at EY. This looks very promising, and I will be much more confident in this interview now that I have six weeks of experience to talk about.

The interns had several networking events, mostly during out initial inductions days. There was a final leaving party for all interns on the last Friday of the placement, which was a formal black-tie dinner. My colleagues were also very friendly, and we often went out for lunch or drinks in a group of about ten.

All intern events, including those organised for just those who came from my university, were free. As I live in London and have a travel-card already, I incurred no travel costs either. On many team outings, my colleagues were more than happy to pay for my participation. In all other cases, the cost represented normal London prices, which I am used to because I go to university here.

There are many restaurants and bars around the office, and in London nothing is very far away when traveling by bus or tube. I did not go out too often at night, however, because work starts early in the morning and I highly value my sleep.

Interns were introduced to the wide range of sports clubs and social networks run by EY. I didn't find the time, however, to join any of these clubs weekly. Possibly as a permanent graduate, after I have properly settled in, I will join the table tennis club. We also took part in a volunteering day at a local ecological park, which was good fun, and free pizza was provided!