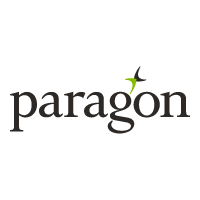 As one of the UK’s leading specialist lenders, award-winning Paragon Banking Group is a fast-growing, forward-thinking company offering an extensive range of finance services from mortgages to loans and savings.

It is a FTSE 250 listed company that has gone from strength to strength since its creation in 1985, handling over 1.5 million customer accounts and with over £12 billion of assets under management.

In fact, Paragon has already attracted recognition for its tailored financial products for both consumers and businesses nationwide.

On the personal banking side, it has won a series of accolades for its savings and ISA accounts, including the Best Long Term Fixed Rate Cash ISA Provider prize at the 2018 Savings Champion Awards.

Best known for its expertise in the specialist mortgage market, Paragon is also supporting British firms to get off the ground and expand.

Employing more than 1,300 people across the UK, its headquarters is conveniently located in Solihull town centre, near to the train station, and a network of other offices around the country from Southampton to Edinburgh.

Paragon, an Investors in People Champion, is passionate about bringing out the best in its people. As a professional, ambitious company, it is committed to developing its workforce, offering continuous training and opportunities for career progression.

Most importantly, the company prides itself on a culture of respect and inclusivity that engages its people. Refreshingly, it has humour and creativity at the heart of its values along with fairness, respect, integrity, professionalism, teamwork and commitment. Paragon was also quick to sign the Women in Finance Charter, which supports diversity in the finance sector.

Its welcoming, home-from-home feel is what people love about Paragon. To give you a flavour of what it’s like, when asked to describe Paragon, the most commonly used words by its people were “friendly”, “progressive”, “diverse”, “respect” and “family”.

There’s a strong emphasis on work-life balance along with the welfare of its employees, customers and the community. Paragon has been accredited as a Living Wage employer by the Living Wage Foundation and has recently introduced a new Emotional Wellbeing Programme to support all its people, who also have access to an Employee Assistance Programme.

Added to that is an active charity committee that raises money for several good causes, which have been nominated by employees. Recent years have seen between £15,000 and £18,000 a year raised to help charities like Mind, Marie Curie, Birmingham Children’s Hospital and Help Harry Help Others.

Number of Placements Available This Year