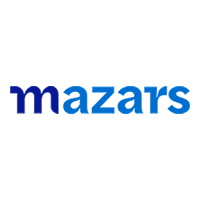 This review was submitted over 4 years ago, so some of the information it contains may no longer be relevant. Click here to view the most recent reviews for Mazars LLP

The work I did was mostly interesting and very different to anything I had done before. I got a new insight to an industry that I knew very little about and I do now feel like I have a good idea of how auditing works and what employment at Mazars would look like. My main problem however, was that sometimes there simply wasn't enough for me to do during my internship. Some days I would finish my task and then have a fair amount of down time till I had something new to do. While it is nice to have a breather every now and then, this happened a little too frequently for my liking which meant sometimes I was bored.

The colleagues who worked with me and guided me were very friendly. There was a good working atmosphere and people very much seem to get along without any kind of tension or discomfort. If there was anything I needed help with or did not know when settling in people were happy to help me out.

My supervisors were very friendly and supportive. Whenever I had any queries they were patient to reply and explain and at no point did I feel like I could not approach them. The people I worked with in different departments took time to explain what they did in a way that I could understand without an auditing or finance background and in turn helped me to do my work.

There was an odd mix of work load, where one week I was busy every day during the whole day, whereas other weeks I would have work for as little as 3-4 hours and then sat around for the rest of the time. This very much depended on the department I was working with. While this was a little annoying, it was also understandable because of the way auditing works. If there was no new client data to work with or no tasks for the team at hand, there was little my supervisors could assign me to do.

The amount of responsibility also depended on the department, sometimes I was given a fair amount of free reign to do independent work in the way I best saw fit. Other times my work involved very little responsibility but that was just the nature of the task I was doing. Overall I thought there was a good balance between the two, with me doing both the work that just needed to be done and also some independent work.

This is mostly because my degree is fairly remote from auditing, nor do I see myself joining an auditing company in the future. This internship was more to get a taste of different industries and to see what I am interested in. So while this internship would have provided skills for someone going into the auditing/finance world, this is not the path I see myself taking.

Generally the office atmosphere was relaxed and friendly, with people not being visibly stressed or overworked and people chatting between work.

I was very happy with the way the internship was laid out, with me working in a different department with Mazars every one or two weeks. This allowed me to get a broad view of what the company was like and what kind of different work is performed. One week the timing did not quite work out, with the team I was assigned to already being in the finishing stages of their project, but this was not something that could have easily been organised around.

While I did not receive any training courses, this seems understandable because my work experience period was not that long (about 2 months). On the other hand, the Mazars employees and management took plenty of time out of their schedules to allow me to attend meetings and to explain to me personally what they did or what they were working on. So I did not attend any formal training but I do feel like I learned a lot about what was for me a totally unknown area.

The three year training programme run by Mazars does seem to end up with an attractive auditing job and qualification. However, at the same time I also did realise that auditing or accounting are not really the industries I'd like to get in to right now. So I would say the prospects are not that appealing but that is more on a personal level than something to do with Mazars itself.

I did not meet any of the other placement students during my time here and there was a fair age gap with most my colleagues. This combined with my short stay here meant I did not engage that much with the social scene in the company. Mazars does organise a fair few events like renting out a pub for the day, but I did not take part much while I was here.

London is incredibly expensive in terms of both living and socialising expenses. Packed lunch is definitely recommended with the price of buying lunch around the area. As for living I imagine that if you weren't already living in London anyways you would probably have to live in a far out part of London and commute with the amount being paid during the internship, despite being paid the London living wage. Going out to the pub is also much more expensive than most places with a pint easily being around 5 pounds.

One thing that is great about London is the nightlife. If it weren't for the costs I would rate it an easy 10/10, with there being a huge amount of pubs, bars, clubs, theatres, comedy and much more. You could find pretty much anything you could be interested in and the city has a vibrant atmosphere.

There were a fair amount of Mazars organised events involving sport, art and more.