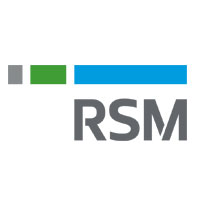 This review was submitted over 4 years ago, so some of the information it contains may no longer be relevant. Click here to view the most recent reviews for RSM

External Audit placement students joining our External Audit department will get involved in a range of activities on a weekly basis including; • Working at client premises as part of an audit team • Assisting in the production of financial statements for audit clients • Supporting colleagues in the planning and completion of audit files in the office • Occasional ad hoc administration duties

During my first two years at university, I developed my career goal so that I was determined to go into Audit. During my placement, I was an External Audit Assistant and it confirmed to me that my career goal is correct. Every week was different; I was never in the office for more than three weeks at a time. I like the change of scenery once in a while! The job required all the skills I had obtained during my accounting studies. I developed so many skills, the main one being professionalism.

I feel I made a bad first impression when I started, as I was naive and arrogant; I thought I was better than I was. However, I realised this and tried to correct my mistakes, but for some this first impression stuck. I like to think I have proved that opinion wrong to most people! The graduate trainees and the other placement student that I started with have been like family to me; some will definitely be friends for life.

The use of appraisal forms after each 'job' was very important for my development. The 'senior' that I worked with on each job would fill one out, and say what I did well and what I could work on. This aided development in the next 'job' that I was put on. Also, I could not have asked for a better line manager. You could tell he cared about my development and I cannot fault him at all. All managers were there if I needed something explaining.

There were times when I was in the office and nothing had been assigned to me on the staff plan, so I was just scratching around asking managers if they needed something doing. However, when out conducting audit fieldwork, there was always plenty to do, especially when we were time pressured.

I was put on a couple of jobs on my own towards the end of my placement which really motivated me as I was given significant responsibility. I was not given too muc responsibility overall, as I am not very experienced. I understand the hierarchy of responsibility here and respect that enough not to ask for more responsibility, as I would put a lot of pressure on myself.

As mentioned before, when I first started I was naive and arrogant. I corrected this by being professional at all times. I now know what to do and what not to do when I get a graduate job after my final year at university. I have also gained skills such as confidence, determination, motivation, time management, communication and sense of humour (office banter!). My technical knowledge of audit and accountancy has improved significantly. I have also gained experience in using several software packages, which will help me if I need a part-time job during my final year.

Everyone in the office loved a drink and most Fridays we would go to a pub just down the road for a quick one (or five). There were also several nights out where we got to know eachother better.

There is a staff plan which is used to organise people on to different jobs, which has it's problems but it worked pretty welll.

The Leeds office did not really distinguish between a graduate and a placement student in terms of what work we did. I was doing exactly the same work as what the graduates were doing, which is absolutely fantastic for my development. However, they didn't invest in sending us to college to do some of the professional qualification, which is understandable as there is no guarantee that they will employ me again as a graduate.

As mentioned above, there is no guarantee that I will be taken on to their graduate scheme after my final year of university. However, I would have a significant advantage over someone who has not worked here for a year. This year has been just like a year-long interview; managers know what I can do, and know my strengths and weaknesses. I have got to know some people in HR, and they said to keep in touch and let them know when I'd applied for the graduate scheme.

The graduates/placement students I started with were like family to me and some will be best friends for life.

I have lived in Leeds for three years now. Of course, everyone wishes things were cheaper, but I can't complain!

The company organised several activities outside of work.