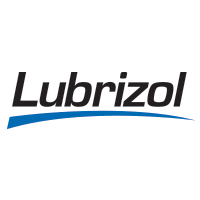 IS helpdesk at Lubrizol

This review was submitted over 4 years ago, so some of the information it contains may no longer be relevant. Click here to view the most recent reviews for Lubrizol

The European helpdesk consists of two students and an overseer in Hazlewood, and three other team members in Brussles. We are the first point of contact for any Lubrzol employee who has technical difficulties, ranging from computer related, to printers, mobile phones and RSA tokens.

I couldnt have hoped for a better placement, it far exceeeded all expectations I had for it.

As I was supporting and helping many of my colleagues I felt respected and part of the team quite soon into the placement.

Working as a close team, i was in constant communication with my overseer, and never felt out of my depth.

Mostly it was fine but there were the odd days where there was too much work to be done or some where the flow of work wasnt as constant, this is to be expected with the random amount of help requests that come to the helpdesk on a daily basis

Being an administrator on the network carried with it huge responsabilities, but was required to accomplish the tasks asked of me.

my proffessional skills, communication skills and problem solving skills increased tenfold and I am incredibly grateful that I managed to get on this placement.

the first week could have been better, but once things started properly it went very well. i must also add that it was made sure that the next students had a better start to their placement.

i was tought how to use many software programs, along with general knoweledge i picked up along the way. i was also trained on switches, patch panels, and phone systems.

given how good the placement year was, the prospect of future emplyment with Lubrizol is deffinately appealing.

we organised a facebook group, sent many emails to each other and met up outside of work on several occasions.

living in derby was quite good, with many shops and clubs just rounf the corner form the house

not as good as sheffield, but there was always places to go.

sport and social club helped with this, a gym was quite near.