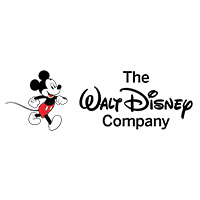 Buyer's Assistant for the Disney Store.

I thoroughly enjoyed my time at The Walt Disney Company as a Buyer's Assistant for the Disney Store. Both my professional and personal life were fantastic throughout my year, including making major developments in my personal achievements but also for the company. This in turn meant that the placement was completely rewarding, and I enjoyed every minute. Disney is known for it's culture, and it didn't disappoint with so many social events and in-office activities!

In everything I did, I felt valued by my colleagues. There was no feeling of 'me and them' as a result of being an intern. From the off, I was given responsibility with assurance that I was trusted to make my own decisions and work directly with business contacts. In particular, I was asked towards the end of my placement to take up even more responsibility, and did so working from home, which emphasised further the value placed on my skills. The kindness of my colleagues was so fabulously Disney!

I was given a great amount of support and guidance by my management, but without a feeling of micro-management. I was allowed to develop however I felt best. I was encouraged every step of the way to work on my personal development, including attending courses and shadowing other departments. I was supported in my personal development but also with work load and opportunities to take part in larger meetings and present my knowledge to wider members of the team with their supervision and guidance.

As a role based in retail, it is expected that work load can fluctuate, particularly around Christmas time, you would expect a large increase in work load which was mostly the case. However, the role was not limited to direct implications of the retail sector, and there was responsibilities I maintained all year, including working with other departments beyond Buying. This said, there was also time to work on personal progression and take advantage of Disney's extra-curricular learning opportunities.

My level of responsibility was considerable, but it must be mentioned that the team work element of the role was very important, so at no point did I feel that I was completely left to my own devices and there was always support wherever it was required. There was no emphasis on the fact I was a placement student and such, responsibility being taken away from me. I was given responsibility matched to full time employees doing the same role.

A major contributing skill I gained from my placement year that has assisted me in my degree studies is my communication proficiency. I am much more confident in communicating with other students and lecturers, and therefore I am able to regularly liaise for help and to gain further knowledge. Furthermore, I have gained general business knowledge skills, something I wouldn't have in my degree studies that have helped me for my progression in interview processes and post graduate opportunities.

The atmosphere in the office was exactly as you would imagine from a company as magical as Disney! The office theming and culture allowed you to keep up passions and inspired you to keep Disney in the forefront of your mind. Even when the pandemic caused us to all have to work from home, the Disney culture was maintained with regular meetings and Disney themed events to keep everyone connected and passionate, just like in the office.

My placement was arranged well and I felt everyone was prepped and understanding of my role and arrival. I particularly valued the opportunity to start and attend events with other interns as these become a close part of your network. My only criticism is in the form of the particular HR team missing me off a couple of emails that meant some of my opportunities were delayed compared to other interns, new starters on my floor. However, once I picked this up it was solved instantly.

I believe the firm really invest in our progression, including access to many of the opportunities the full time employees receive. For example, I was given the opportunity to attend a mental health course and so establish skills that I can use in my future. Also, a great investment is the emphasis devoted to online learning courses, like Harvard endorsed courses allowing you to establish skills outside your particular role. There were regular courses and opportunities to develop, therefore I believe our personal training was very invested in.

As Disney do not offer formal graduate jobs, this isn't something that came as a direct implication of the placement year. However, this is not a bad thing, as I believe it encourages you to look to other parts of business, generally or within Disney. I would not hesitate to try and become part of the business full time. The only issue for me personally is the distance to move to London from my home town, however there are other opportunities across the country that could be looked into.

The social scene was great. My role was very interactive and meant that I quickly formed strong relationships with many people within the Disney Store head office team, these all included full time staff and this has allowed me to form friendships that I still value now. The fellow placement students were also encouraged to socialise, and through living with placement students, in work events and planned social events, we were all able to make friendships and share experiences.

I found the cost of living in London extremely expensive. However, it is worth mentioning that I live in the North of England so I am not used to paying such high prices for everything. Through the pay of Disney, and the knowledge that the placement is only year allowed me to still make the most of my year and balance my funds appropriately.

The nightlife was very good, and Thursday is the new Friday. It was very often there was weekly team drinks in local independent bars which were gladly received. The nightlife is appealing as it is social and exciting, but you can still go straight from work without feeling out of place or that you need to go home first. The tube links also mean that the whole of London was accessible from the office, including West End shows!

There were loads of opportunities to get involved in things, from seeing Disney West End Shows to seeing premiers of the new films in the Office cinema!