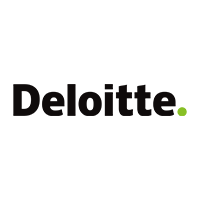 Analyst - Strategy and Operations at Deloitte

The work was extremely enjoyable, my colleagues were friendly and approachable, and the culture complimented these features well. All of the interns were treated as if they were new joiners to the company, with real work and responsibilities from the start, rather than being given trivial tasks or practice exercises to complete. The exposure to clients on a daily basis was intense but also very rewarding. The colleagues I worked with have become good friends. Overall, I loved my time on the placement, and cannot wait to return there next year in January for full time employment.

My colleagues were friendly and supportive during work, and gave regular constructive feedback. This atmosphere, alongside the high profile nature of the work allocated, led to a feeling of being a valued member of the team, whose commitment and contributions were seen as important. In more social settings, colleagues continued to be friendly and interested, and would often strike up conversation, irrespective of the difference in seniority, allowing for a friendly atmosphere to be maintained both inside and outside the office.

Ad hoc feedback and training was provided as work progressed, allowing for continuous improvement and development. More formal written feedback at the end of projects was also provided as part of assessment, which could then be discussed with project leads, and the internship organisers. If we felt uncomfortable or unsure as to whether to approach management with an issue, a buddy system was also in place (ie. a first year analyst was paired with each intern) to allow for an alternative means of seeking guidance. I had a good relationship with my buddy, which proved useful in clarifying issues etc., though other interns who weren't as close to their analyst gained a lot less from the system.

The vast majority of days I had a suitable workload, with enough work set to cover 9am till 6-7pm each day, and the occasional late evening. These assignments were often either a collection of related tasks that were then completed over the following 2-3 days, or were smaller tasks, set that day for immediate completion. If I completed assignments early, then project leads were usually immediately available to approve the work done, and provide new tasks. The only time where this did not happen was close to project completion, when there was little else to be done, or when team members were elsewhere and may take time to respond.

All of the work set was real project work, and mostly client facing. This included the creation of deep dive packs, financial modelling, updating and modifying presentation decks, support during client workshops and market research. Due to working in a small team of 2-4 people, the impact that my work had was noticeable, and as a consequence, very rewarding. The only work which interns did not get heavily involved in was actually presenting to clients, due to our relative lack of experience.

I came to the internship in Strategy Consulting from a different degree background, and with minimal real world practical experience of the world of consultancy; the internship has very much rectified that lack of experience. My two months provided me with a wide variety of both hard and soft skills, including more advanced knowledge of Excel and PowerPoint features, the logical steps required to produce a strategy, and the various ways to present information to a client. The organisation skills developed have proven very useful in terms of prioritising tasks during University and being able to work effectively under pressure.

The atmosphere in the office was very welcoming and supportive, with everyone acting in a friendly and pleasant manner. I didn't encounter anyone who was aggressive or rude, as well as anyone who failed to pull their weight. There was a strong culture of working hard, teamwork and friendship, which was supported by both the management style and the social events. There were multiple working areas of varying uses, such as large team tables, individual call booths and quick touch-down points. The hot-desking policy worked very effectively as it ensured confidentiality and the chance to be able to mix up your working environment.

The internship was very well organised as we were given an HR contact to approach with any questions we had before starting. In addition, we were given 'buddies' prior to joining to ask any questions to in relation to the placement and working life. Throughout the year, there were multiple touch points with our coaches and business leads in order to track our progress and focus on career progression. The internship could have benefitted from a bit more structure

The firm invested greatly in me throughout the placement, as during much of the first week I was given induction training and e-learnings to complete, which increased my both my IT and accounting field knowledge and skills. My opportunities to work with clients also allowed me to learn from the placement as I was able to see to practical side to audit testing that I had learned at university, which increased my overall understanding of auditing. Throughout the year there were talks on external topics to aid our development.

The future employment prospects are excellent and I was able to secure a graduate offer within the Risk Advisory Department, which I gladly accepted. But my joining date was affected due to COVID-19. However, I will be joining the team in January next year. The graduate role allows me to work towards by Chartered Accountant qualification with ICAS, which is fully supported by Deloitte, with many of my colleagues informing me of how valuable the qualification is.

The social scene was heightened by the fact the Edinburgh fringe festival was on during the internship which meant that there was endless shows taking place all over the city. Even the weeks when the fringe festival wasn't on the city was very lively. There are monthly pay day drinks held with graduates and interns which were a great way to meet new people and network. The placement students were fully integrated with the graduates and more senior members of the team at social events.

The cost of living was quite high, higher than I was expecting. However this was due to the Edinburgh International Fringe Festival being on at the same time as my internship. This meant that there was a lot more tourists coming to the city and pushing up the prices of accommodation. This is also true of the prices of socialising as pubs and bars pushed up prices due to the increased demand the fringe festival causes. Deloitte pays you well that can cover your cost of living easily though.

The nightlife in Edinburgh was great. There was a real mix of things to do at night, be it bars, pubs or clubs. We had a really good group of interns who all socialised a lot with eachother outside of work. Due to the close city centre location it was easy to travel out and back again after a night out. However do note that you cannot buy alcohol in Scotland past 10pm! Overall the nightlife was enjoyable. I made some good friends.

There is an office football and netball team and I know there is a group of people who would go golfing together on weekends. There was opportunities to volunteer at hospitals during working hours that a lot of the staff take part in. I've heard there are many networks in Deloitte that you could also get involved in. I was part of the women's network which led events throughout the year with all grade of the firm. There were many sporting societies which held weekly matches and a central communications page where you could find out about other activities.