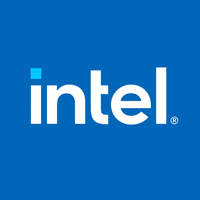 I thoroughly enjoyed my placement year at Intel, it is a great company to work for. I was given huge responsibilities in my role, hiring all of the following years' interns, and I was able to learn so many new skills and also develop my existing skills throughout this experience. With so many interns (around 50 each year), there is a huge intern community, meaning there was always loads of fun things to get involved with outside of your role as well.

I felt extremely valued by my colleagues on placement, and I could easily see the impact my role was making for them. From my first day, I was incredibly welcomed into the company, and I was never made to feel like 'an intern', I was just treated like a normal employee. My team and other employees always valued my opinion and would ask me for ideas which I could express knowing they would take them on board.

My supervisor was amazing! I couldn't have asked for anyone better to support me on both a personal and professional level. We had weekly 1:1s, but she was also there daily to answer any questions, or help if I needed any support. She always encourage me to take my ideas further, or would help me develop specific skills I was looking at. She was also great for helping me with my future career, and would try to give me projects, or further responsibilities that would help in my future career.

On a daily basis I was fairly busy, but it was a nice amount. In line with the recruitment cycle, my workload fluctuated throughout the year, meaning I had some busy periods and some quieter. During quieter periods however, I took on extra responsibilities or other roles and projects, which my supervisor always encouraged me to do. I have always preferred being busy, and so hence taking on extra projects when quieter was better for me.

On my placement I was given a huge amount of responsibility. My role meant I was in charge of hiring all the following years' interns (we hire around 50 each year). I was also in charge of organizing large scale events and a number of other activities. When my recruiting started to get quieter I was also able to support colleagues in recruiting non-intern roles and therefore given the responsibility to expand my job's remit.

My university degree isn't specific to HR and yet from my placement I know that this is the career I would like to go in to. The skills and experience I have gained will therefore be invaluable to me in a future role. I think I have developed not only specific HR skills, but also softer skills as well which I will be able to apply both in future jobs, and also when returning to university to complete my final year.

The office has a great atmosphere and is fairly relaxed compared to how I thought an office would be before starting my placement. There are loads of interns on site, so it was always good to have people to talk to, and we occasionally worked in the canteen booths together rather than at our desks which was nice. There were always full-time colleagues around that were happy to help which made the place feel really welcoming.

My placement was very well organised. At the start, you have a five week handover period with the current intern doing your role, so that they can train you. It's great to have someone on your peer level to do this, and it was great to see they had prepared a dedicated training plan to introduce me to my role. Throughout the year it was also outlined what I needed to be working on and so I always knew what to expect.

Intel really invest a lot into their interns, in regards to both time and money. The current intern in your role stays for an extra month in order to train you for your role. There are also loads of other development opportunities you can get involved with, and there's a huge emphasis on molding your learning/placement into what you want to get out of it. My supervisor would often encourage me to develop outside my scope, and give me more opportunities to learn and do so.

This is probably the only downfall at Intel in that there aren't great graduate prospects. There are some departments that hire back their interns regularly, but my department in HR isn't one of them. However, this was made very clear to me when I interviewed and when I was offered the role, and having Intel on my CV is 100% worth it. I think many other employers know how great the Intel placements are and having them on my CV will definitely benefit me for the future.

The social aspect to working at Intel is great. Intel runs a sports and social club with discounted tickets for members for various events including shows and wine/cider tasting nights. Interns also have their own sports and social committee that regularly organised events for all interns to be involved with so you could still feel like a student whilst working. There were also other societies such as charity, volunteering, and publishing, which were all really great to get involved with.

I worked at the Swindon site, which is quite a cheap area to live in despite being close to places like Bath or Bristol. I lived with two other Intel interns, and our rent was around £400 a month each for quite a nice house, that we could walk to work from. Most bars and pubs are also a reasonable price, with quite a few options in old town, that you could easily get to.

Swindon doesn't have big clubs like student cities tend to, but with loads of interns this wasn't an issue. During the weekdays, they tended to be quite quiet and so the interns filled the space, but on weekends bars could get busier. There were some nice bars in Swindon if you know where to go (mainly old town, new town have few nice places), and many have different offers such as 2 for 1 that mean you can still have a decent night out.

There were loads of opportunities to get involved in activities outside of work. There are several intern committees to get involved with that can run charity or socializing events. Inspire was a great committee that would bring local students onto the Swindon site to encourage them into science, technology, engineering and maths. Under the STEM committee umbrella, we were also able to attend the Swindon Science Fair and run a stand there which was a great thing to be involved with outside of your core role.