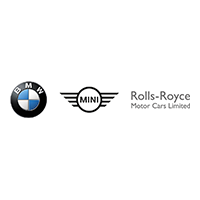 I really enjoyed the internship as I was working for a prestigious company making a luxury product. Unlike other companies, Rolls Royce has both the manufacturing and the commercial side of the business on the same site, making it interesting to see how they function together. I was able to learn many new skills and meet lots of new people. Living in Chichester was a bit dull initially but luckily due to the large number of interns at Rolls Royce, the social activities outside of work soon increased.

I felt valued by my colleagues when completing work to their standard or above. It felt good to have my work appreciated and see it being used in the company . The 'no fault finding' company policy meant that it was an honest environment and you wouldn't be blamed for any mistakes you made. It was a trusting envirnoment and I managed to learn a lot from my mistakes.

I was given a lot of support by all members of my department at the beginning of my internship. As the time went on, I was left more and more to make my own decisions but still had the support available to me if i needed it. My manager scheduled regular 1-2-1's with me to make sure my workload was manageable and ask if needed any additional support. One thing that could have been improved would have been to have more guidance or training for personal development.

I had a managable workload composing of some daily tasks as well as adhoc tasks. The majority of my day would be spent making jigs and fixtures on CATIA V5 that could be 3D printed and used on the assembly line. I also spent some time on administration related tasks alongside making presentations on Microsoft Powerpoint and graphs on Microsoft Excel. Many of my tasks relied on input from other departments so completing tasks to the time schedule was sometimes difficult.

I was given a fair amount of responsibility during my placement as I was treated as any other employee. Making jigs and fixtures for the assembly line was a significant task as they were vital for associates to use to fix parts onto the car and maintain quality. I was also given the opportunity to lead a project for my department which was amazing as I didn't think I would get the chance to do this as an intern.

I had never used CATIA V5 before the internship but I have now developed the skills by learning on the job and using it regularly. These CAD software skills will help me when I go back to university to complete my degree in Mechanical Engineering. I also developed skills in Microsoft Excel and PowerPoint which will be useful in my 3rd year individual project at university again. I also enhanced my soft skills such as communication and team work skills which as transferable to any job or experience in the future.

The atmosphere in the office was very light and transparent. I was never made to feel awkward or embarassed as an intern and was included in all team discussions. The department was very welcoming and all issues would be discussed in a regular daily morning meeting in front of the whole team. All ideas and solutions were welcomed and heard by the whole team. As a department, we also engaged in social acticvities outside of work like the Christmas party or after-work drinks.

The internship was well organised in the sense that my role had a certain set of responsibilities and I knew what was expected of me everytime I took up a new job. Luckily I was able to shadow the Coorporate Communication Department at the company to understand how the commercial side of the business operates. It would have been to good see a rotation of department as part of the internship to see other parts of the business.

Unfortunately in terms of personal training and development, there was not that much invested in us. It would have been good to see a training programme perhaps consisting of weekly or monthly sessions to help us develop. Nevertheless, the company ran numerous training sessions for all employees that were also available to us as interns on topics such as unconscious bias, networking etc. that were very useful to help develop soft skills and meet people from other areas of the business.

The future employement prospects are very appeaking within the orgainiation. Having met a few graduates during my internship, the graduate scheme seems to provide large opportunity for growth and development so I will definitely consider applying for it. Having already undertaken an internship at the company, I have made some useful contacts that will provide useful in the future. Many people at the company have been there for a long time suggesting that it is a sustainable place to work at.

There are a large number of interns at Rolls Royce which provides a good social scene both in the work place and after work. Although Chichester itself does not have many attractions, many interns found themselves going to the gym together or drinks after work together. In the summer, there were numerous trips to the beach and we found activities in the surrounding area such as Arundel, Southampton and Portsmouth to do together such as rock-climbing.

The cost of living was higher than what I was used to paying at university but that was primarily because the rent in Chichester is generally higher. Also, I was only living with one other intern so the cost was only split by half. Nevertheless, my flat was really nice and only a 15 minute cycle or 5 minute car ride to work which was incredibly usefull. It was very close to the city centre which was also very useful after work socials.

The nightlife in Chichester was not that great as there was only one club but a range of pubs. There were also a range of restaurants and other leisure activities such as the gym or the cinema where interns would regularly go to socialise after work. In the summer, we would go to the beach for barbaques or visit each others houses for dinner/drinks. Many interns would also regularly go to the karoke nights in the city centre.

Due to my working hours of 7am to 3:30 pm, I had plenty of time to get involved in activies outside of work if I wanted to. I got myself a gym membership where I regularly attended fitness classes to socialise with other people. I had also gone rock-climbing with other interns in Portsmouth and to dance classes in Chichester to try out something new. As a department, we would often plan after work drinks to maintain a good social atmosphere.