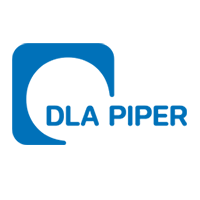 The mixture of informative talks, partner presentations, Q&A sessions, office talks, social activities such as a quiz etc all allowed for a well balanced internship where I was able to learn a lot about the firm but also enjoy the process.

Being able to (virtually) meet the fellow interns also made the internship enjoyable as we were able to socialise with other interns from the same office and also all of the other offices too.

The graduate recruitment team, assigned buddy and fellow interns were all very welcoming and therefore made me feel valued throughout the internship.

The graduate recruitment team were always available for any help and questions we had. Also, the assigned buddy was also very supportive and open to a zoom call to give me advice on the internship as a whole and also gave me advice on the presentation task. My buddy responded to my email queries very quickly and was always happy to answer my questions, even before the internship had begun. We were also given extra optional support via zoom call sessions with current trainees which was very helpful.

There were a series of zoom talks and presentations everyday throughout the internship and so there was always something occupying us interns each day.

The DLA internship struck a good balance between keeping us busy but also allowing us time to take breaks in between talks. In the evenings we had the opportunity to prepare for the presentation tasks so all interns were busy depending on how much time was put in after the firm talks were done for the day.

All interns had to complete a group presentation which we were responsible for planning and executing. There were optional zoom sessions available and opportunities to speak with current trainees regarding the presentation task. Therefore, we were given a lot of responsibility but it also came down to independent learning and taking initiative to reach out and DLA Piper provided us with the opportunity to do so. We also had to complete a written exercise and prepare for a conversation with the partner on the final day of the internship.

The atmosphere was very open and friendly and all interns were given an opportunity to ask a question and get involved in the discussion. All the firm representatives speaking during the call allowed for a nice atmosphere as they were all genuinely friendly and interested in answering our questions.

We were sent a booklet with a timetable which gave us interns an idea of what to expect throughout the week. However, some interns received their booklets before the internship and others (including myself) did not receive it until midway through the internship which meant we were heavily relying on the talks and other fellow interns to provide us with information and times for talks

The talks all started promptly although they did run slightly over sometimes which cut into breaks. However, this was not a big issue and we mostly stuck to the timetabled talks and presentations.

DLA got everyone involved in a quiz at the end of the first day which allowed us interns to get to know each other better and also add each other on social media and make group chats which was a great support network throughout the internship.

During the office talk and also for the group presentation we were again placed into randomised groups in the zoom call which meant we were able to socialise with a different group of interns.

Outside of work, there are so many opportunities to get involved in at DLA. There were talks focusing on this particular aspect regarding pro bono and the groups at DLA.

We were able to hear from Olivia who spoke about the amazing pro bono initiatives DLA have been involved in. During the D+I/CSI talk, we also got to hear about the many diversity groups at DLA which many of the lawyers were actively involved in.