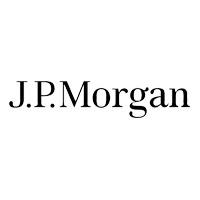 Loved the internship. I was given the chance to work on an exciting project alongside other interns, and also had the chance to showcase the created product to the wider team, which included seniors. It was overall a fantastic experience that helped me build a lot of new technical and non-technical skills.

Senior managers and colleagues were always there for whenever I needed help. No question was left unanswered at all, and I felt very valued and supported at all times. A lot of follow-up support was also available, so that asking for something more than once was also never a problem.

I was quite busy during the day, even more so when a project deadline was closer. Overall however, I would say that the balance was decent, and with good time management skills, this will not be a problem for anyone. I wouldn't say I was ever bored in the office.

I worked in the office close to Blackfriars, and the atmosphere in the office was incredibly relaxed and friendly. There was no stress during the day, and it was overall a nice experience working in the office. Desks are arranged in a fairly sociable way, allowing communication to be easy between colleagues.

Absolutely perfect. So much thought was put into making the internship perfectly organised, both from a professional and a networking/social viewpoint. The project was laid out from the start, and a very thorough timetable was also created by HR to display which activities will be held at which venues, and dates too.

I received thorough training in order to build the technical skills I was lacking for the job, but also to polish those that I already possessed. Other H&S training was also in place of course, but I feel like the technical training received by the firm was more than sufficient. A fair deal of investment was in place from the company.

Very appealing. We were exposed to the whole managerial hierarchy within the division (and the firm, more generally), alongside relevant timescales corresponding to the different levels. The internship itself leads to the first of these levels (that of an Analyst), and the whole purpose of the internship is to fast-track you to this position.

Yes, a number of various social events were organised by HR that allowed us to network within the division of Technology, but also within the wider firm (other departments) too. Other more casual activities included playing table tennis, socialising during lunch-time or after work, or going to the company gym.

London can be expensive to live in, so my costs weren't too low (I lived in zone 2). However, socialising (going out, drinking out, eating out) was not as overpriced as one would think, especially given how vast the city is (there is a wide range of price levels when it comes to bars, restaurants, etc).

There are a number of clubs and societies within the firm that allow the employees to participate in talks and other networking events. Although some of them take place during the day, certain events organised by these societies also take place outside of work. One of the most rewarding activities was one that involved volunteering for charities.