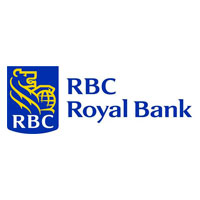 Overall I really enjoyed the experience - Amplify is not a typical internship, in a sense that you don’t just sit at a desk everyday and work on small projects given by your manager - hence it’s much more fun and challenging at the same time. There was also a full-paid trip to Toronto involved, where my team and I pitched our project in front of RBC executives, and this certainly made the experience more memorable.

I collaborated with a business analyst and two developers to solve a challenge within the Capital Markets sector. Throughout the internship we all got along very well and worked effectively as a team. The work I have done has certainly been valued by my team mates. At the same time, the work that my team and I have done was also significantly valued, because we worked on a project that eventually got deployed to UAT and later on, to production.

We were given some support from our Direct manager as well as the Amplify managers - they helped us whenever we asked for help. However there was an issue with one of my team mates: she required a visa to travel to Canada, to present the project in front of executives, and the Amplify managers did not start her visa application process on time. When we expressed our concern as a team, the managers seemed to not take this issue very seriously, or admit to their mistake, and this made the overall experience not as pleasant as it could have been.

Our team was really busy daily, because we were in full charge of our project. We also only had about 7 weeks to research, plan, design and develop an online platform, and prepare for the Toronto presentation too, so we had to work hard and be as efficient as possible. Apart from our actual project work, we also had technical reviews, demo presentations and sponsor presentations at least once a week and had to prepare for those too.

As an Amplifier, you and your team are fully responsible for the project you are working on. It is your duty to create the project plan and milestones, manage time, male decisions, meet personal or programme deadlines, communicate with the programme team / direct manager and ask for help when needed.

I find the skills I developed this summer at RBC will play a crucial role this year in my final year of university, as well as after graduation, making me more employable. As a UX/UI Designer, I have learned and enhanced important skills such as user research and analysis, wireframing and prototyping, product branding,applying the Design Thinking framework and the Agile methodology, user testing, but also public speaking and communication, time management, team work, networking - so basically a variety of skills that are highly desirable in the industry.

The team I was based in was generally nice, friendly and eager to help the Interns. People around us were also really hard working which was a good motivation for us. There were not too many females in our office, which I think would have been nice to see - but this did not necessarily represent an issue.

It was not very well set up for the global teams. Firstly, the challenge that the London Amplify team was given and that was presented to me during my interviewing process was completely different from the actual challenge. The project we were given was also very prescriptive and did not allow for much innovation or creativity to be applied (very disappiinting for me, as a designer) which was a massive disadvantage for our team (other Amplify teams were given more freedom with their projects). The Amplify programme managers did not succeed in communicating what the programme is exactly to our direct managers, which gave them different expectations in terms of programme scope and goals. Another thing I found very bad was the job application process - we received absolutely no help from the programme managers in this sense, and were told to network by ourselves and find opportunities (this is while the Amplify teams in Toronto were organised a special event for interns to network with hiring managers). The Amplif programme team neede to work more on the experience for the global teams, and perhaps focus more on them rather than the Toronto teams.

We were paid a 5-day trip to Toronto where we stayed at a highly luxurious hotel, and had all our food, travel and medical expenses covered. The trip to Toronto allowed us to pitch our solution to RBC executives and employees, network with RBC professionals, as well as meet the other 21 teams in Toronto.

For me personally they are not very appealing, because while I was trying to find a variety of work opportunities by myself, I discovered that most of the managers were not interested in having a UX/UI designer in their team. I decided to keep in touch with them however, in case something might arise in the future. Money is also a good incentive at RBC and a potential reason I would apply again in the future.

My team and I got along very well from day one and were spending a lot of time together. There was only one issue towards the end of the programme, when one team member left us to work on the final pitch presentation (for Toronto) by ourselves - we were in the office until 11pm, while he had left the office at 5pm sharp (he was also generally leaving at 5pm sharp, saying that he does not get paid extra anyway). Other than that, we were all pretty close.

To be honest I am not entirely sure - I worked at RBC in City (London), close to Tower Bridge and the Shard, where I assume living is quite expensive. However in terms of food it was not too bad, finding places where you can eat good for as little as 6-7 pounds was quite common. The area is also really touristic, and was filled with pubs where the team would often go after work for drinks.

Again, not very sure as I only went for drinks with the team a couple of times - however given this is such a central area of London, I think the nightlife is quite good and vibrant.

There were a couple of activities such as social and networking events, treasure hunts (for interns) and volunteering opportunities. I participated in a few of these, however we were pretty busy with our project (and pressured by time) and so I was not as active as I would have likes to.