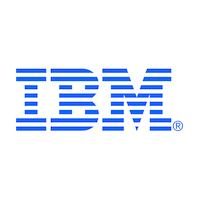 Developed and implemented communications strategy in key IBM account. Then worked on technical delivery as a business analyst.

Throughout my placement I was given really great opportunities to develop myself and network across the business. In addition, at all levels of the business, the people I met were extremely welcoming, friendly and enthusiastic which helped me to settle into the world of work.

IBM had a really great community feel, particularly with my immediate team. It also had a large number of interns which made the social side of working really fun.

I was assigned a career coach who made herself really available so that I had somewhere to go if I had any problems. I also had a few mentors who helped to guide me throughout the year which massively helped.

I spent a lot of the year really busy. Whilst this helped me to stretch myself and develop quickly, it also meant I was overly busy at times. That being said, I had a good support network who were responsive any time I raised concerns about workload.

During my placement I was given a lot of responsibility which massively helped me to develop my skills. Before I started, I was concerned I could be given dull tasks before I joined, however my team put a lot of trust in me which really made the year a fulfilling experience.

There's a lot of opportunity for formal training that placement students have access to. However, I think I gained the most skills development from my surrounding team and on the job experience.

There was a really good group of interns which made the atmosphere and social life in the office great. In addition, the team I worked with were really friendly which made for a great atmosphere. The atmosphere could also be focused and serious, but that comes with any big company.

The placement year was well structured with a formal support network and regular checkpoints to track progress. There were also a lot of channels for interns to talk amongst themselves and ask questions on any placement targets/tasks.

While we weren't necessarily given much mandatory training, there were lots of opportunities to attend events and take courses if we wanted to.

There are a lot of opportunities to progress your career and a lot of pathways to get towards senior positions. The company is also frequently expanding into new markets which make for good new opportunities.

Brilliant social scene, a lot of interns who wanted to socialise inside and outside of work. Better than a lot of other companies from what I've heard.

I was fortunate enough to live at home but the price of living/socialising for colleagues who lived in London was expensive.

The office was in central London with tonnes of places to go out all around.

I was slightly disappointed by the lack of sports teams/formal social activities, however interns/grads had set up their own football team.