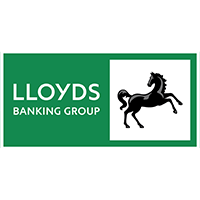 Overall I did not enjoy my internship. It was very difficult to get my team and the wider department to give me any work, and when they did they gave me very little guidance and I was just left to deal with the work entirely myself. This can be good in some circumstances but it happened all the time, right from the very beginning when I couldn't have been expected to understand the work. It may have been because I have done office work before that they decided to give me more independence, but the work was significantly different. Fortunately most of the work I returned was of a good standard for which I received minor praise, but sometimes I would be told that it was completely wrong, despite the lack of instruction. There were indeed some things that were good, in particular when I worked with other teams in the department and also my mini placement at an external company, both of which I thoroughly enjoyed and they showed the contrast between working here and there. One other thing I enjoyed about the internship was spending time in a nice new city, but I do not think this can really be attributed to the actual internship. Also I was really happy to get involved with the charity challenge and I put a lot of effort into it, but my team were unenthusiastic at best which ruined it.

I never felt part of the team. I tried my best to integrate but eventually it seemed too much effort for what it's worth. Despite my consistent ability to churn out good quality work, I do not think anybody was confident enough in me to delegate their work across, instead opting to add to their own workload rather than take the time to explain to me. I always aimed to make the best impression but it frequently went unnoticed. Things were great when I briefly worked with other teams, it was just my main team that I didn't feel valued by.

It is very difficult for me to identify where I received any support or guidance. I would have appreciated a few days of shadowing colleagues towards the beginning of the placement so that I could at least understand how the team worked and I would be able to ask questions. I did not receive any shadowing opportunities and whenever I asked questions I felt like I was disturbing people and the responses I got were rather abrupt.

There were many occasions where I had nothing to do but the online training, despite everyone in my team being busy. I would mention in our daily morning huddles that I had nothing to do but I felt this came across as if it was my fault, which it clearly wasn't and it was just the situation they had put me in by not giving me anything. I also approached other teams in the department, asking for insight and any work they could send over, with the intention of broadening my personal development. This was rarely a success. At first I thought it was because my line manager was away frequently that I wasn't receiving work, as I thought she would be the one to monitor if I was busy or not, but I do not get the impression she was too bothered about arranging tasks for me anyway. On the days where I was busy I was being constantly asked what work I was doing, and if I mentioned that I was doing work for another team I would be asked to prioritise the work of my team. Also, on one occasion when my manager gave me a big task she made a comment that she didn't want to hear me saying that I don't have any work in the daily huddles, which in my opinion felt quite snarky and unprofessional.

Difficult to determine. In some ways, I was given lots of responsibility as I was receiving very little guidance. However this was not always true when I returned the work to discover that it was not in line with the standard of work done by other colleagues, indicating that there was little scope for freedom or responsibility. I was invited to attend and engage in meetings with senior colleagues which was a great opportunity, but often when I spoke I was afraid my manager would shut me down, despite my honest belief that my input was helpful.

I have learnt a significant amount about corporate governance, which is somewhat relevant to my studies as I will be taking a module for company law on my course, for which I am now confident that I have some knowledge of the subject. It has also been good to work in a different office to those that I have worked in previously in different roles, which will hopefully prepare me for my eventual career as a lawyer, as I know that I am comfortable with working in an office. In terms of skills developed, I honestly feel that I was already strong in this area and that working in this team and for my line manager have made me second guess my ability, not because I learnt new skills that replace the others, but actually that I do not think these new skills are relevant to my intended future career, or in fact relevant at all. For example, I was often treated like a child which made me afraid to approach anybody, which I am pretty sure is not a good skill to have.

The office was one of the things I liked very much. It was not busy with lots of typing and colleagues on phones all the time. It was just my team and there was plenty of space and great natural light and also nice views out the window. The vibe felt a lot more chilled than what I have heard some of the other offices are like. There was also the occasional joke or discussion.

I expected some sort of plan for me to make the most of my internship, and although this did happen in some respects, it was certainly not the full picture I wanted. I think this was largely due to holidays and colleagues being away frequently that it was difficult to work around that. The 'internship development journey' programme was largely a waste of time as it was catered towards interns who have probably never worked before. I was told I must complete all of the weekly requirements but I was more keen to focus on my own development which was more tangible and useful for me specifically.

There was a lot of mandatory online training which felt pretty irrelevant to my own future development but was compulsory in order to work in this business. I barely received any other training related to my actual workload. As mentioned in the previous answer, the 'internship development journey' was largely a waste of time in terms of training and development as I have held multiple long term roles in other businesses and this was mainly catered for interns who had not worked previously. I think what would have been better would have been training that was specific to each team, instead of general training for all interns.

Originally I was optimistic, and would have considered a role within the organisation. This internship has actually made me not wish to apply for a graduate position. It has been useful in helping me decide what I definitely do not want to do for a career. The mini placement I did at an external company during this internship has reaffirmed my desire to work in a company of a similar nature to that mini placement. I certainly believe that I have demonstrated my ability to succeed in this organisation, but the lack of support I have received and the feeling of not being valued has unfortunately resulted in me having no interest in working here.

The potential for a great social scene was there, but in reality it just wasn't. There were approximately 50 interns in Edinburgh, around 40 of which were in my accommodation. The 10 or so that resided elsewhere never integrated with the rest of us. The ratio of boys to girls was poor, approximately 4:1. Most of the boys were immature and boisterous, and rather boring in terms of what they did for fun (football and drinking). There were some interesting people that I would've liked to hang out with, but before long everyone had fell into their 'cliques' so whenever a group was doing something interesting, like climbing Ben Nevis or going to Loch Ness, they did not tell anyone else and I would only find out after they had gone. I guess this is probably as I am slightly older and most of the time I like to be by myself, but I would have certainly enjoyed my time here if everyone was more open and inclusive.

Accommodation fees were covered by the company which was a BIG bonus. Edinburgh itself is very expensive so I did not find myself saving much money, which was the original plan. I was always being conscious of spending which hindered my ability to simply go out and have fun all of the time.

Edinburgh certainly has plenty to offer in terms of nightlife. I am slightly older so do not share the same blind interest in mainstream culture as most of the fresh-faced 18 year old interns do, but I was able to find some decent music (techno) events in Edinburgh. Also the fringe festival was on for all of August, which I did not make the most of and I definitely regret not going to many shows. If I had done then maybe I would have enjoyed my time here more. I am someone who loves to explore and try new things, go to new places, but there was very much a 'go with the flow' mentality amongst the other interns which meant that I couldn't persuade many to join me going to new interesting bars and clubs. Again, it was often a case of me finding out afterwards that a few of the smaller groups had been to really cool places already but they hadn't told anyone.

Poor organisation between the interns meant that none of the original plans ever happened. Within my work team I did get invited to one or two fringe events which was okay. I did some exploring by myself at the weekends and in the evenings as I purchased a cheap bike to get around easier. There was the potential for lots to happen but as the main agenda seemed to be going out drinking this meant that other things didn't happen.