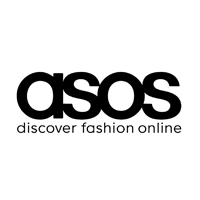 Buying Assistant (on Curve and Maternity) at ASOS

This review was submitted over 4 years ago, so some of the information it contains may no longer be relevant. Click here to view the most recent reviews for ASOS

Supporting your Buyer, responsiblities mostly admin; liaising with internal and external conacts, and organising critical path to make sure deliveries are on time. Bi-weekly fit sessions, so product needs to be organised and ready to take in. Organising product to be shot in the studios.

The placement was such a fantastic opportunity to get real experience in both a company and within a role that I want in the future. The job requires a lot of hard work, and often overtime too, but the positives far outweigh the few negatives. I was one of the first interns taken on for the full placement year by ASOS, and I was suprised and delighted to see how well organised the program was, with regular catch-up's with the HR Team once a month, with Guest Speakers from within the company talking to us about their role within the company to give us a better understanding of the overall picture, and also sessions on ways to improve the way we work/perform such as Time Management and Organisation, and Presenting to an Audience sessions which were really very helpful. We were each assigned a Mentor from within the company; someone who we could talk to if we were worried or stressed. It wasn't too formal for me, as mine was in the Womenwear department like me, and we went for lunches and drinks every so often to have a real catch up! Working for ASOS as an intern had many benefits such as discount, fortnightly sample sales, regular feedback from your managers, and a real sense that you were contributing to the running of the company, rather than just being a typical 'intern'.

The team I worked in was about 10 people, with changes throughout the year, and although there was always a lot of work to be done, it was good to have a support nework around you if you were struggling. After a few months when I had properly settled into the role, I really did feel invaluable as if I was not there, jobs would sometimes not be able to be completed as others may not know how to, or have the time to. Staying late to get more tasks done also showed my dedication and willing to the team which was noted upon and very much appreciated.

The role was very much independant once you had settled in, and there were tasks that relied on you getting them done in a set time, but I always knew if I had too much on my plate, or needed advice on which tasks needed to take priority that I could go to one of my Managers and discuss this with them.

It was an extremely fast paced environment, so there is no way you could ever get bored here. At times, it did verge on to 'too busy', but I think this is what a lot of the employees, including myself thrive on, the fact that so much is going on and it's exciting to see all the newness emerging each day.

Within my role, I was completely responsible for all of my given tasks, if I were to not complete them, it would be on my shoulders, however the more you settle into the role, the more comfortable you are with your workload, and you start to manage it better too. I was given further responsibilities over time, once my Managers realised I was reliable and hard working so would be able to cope.

Everything I learnt at ASOS was completely relevent to both my degree, giving me first-hand experience, allowing me to make more informed judgements and have stronger opinions to use towards my Dissertation. I have learnt that I can cope in a fast paced environment and that I really enjoy the role as well. I feel like I have matured so much having had that experience, and now having a much more focussed view of my future career path.

It was always very busy, but everyone was very friendly and willing to help. Even though it was stressful, the team always tried to stay smiley and positive.

Fantastic, considering my year was the first placement year interns,it was organised so well, and I felt I got so much out of the experience, with constant interaction and feedback from both HR and Management.

I had a lot of additional training including system training, training on interaction, both in terms of within the office and with external contacts, and also a course on Sustainable Sourcing towards the end of my placement year which was most beneficial.

I have expressed my interest in re-joining the company after Graduation and I know they are keen to have interns return due to the investment they have put into them with regards to training. They really put a lot into your learning and development, and I am so grateful for their efforts.

ASOS took on 14 interns including myself, so when we had catch up's with the HR team, we would be able to talk about our role and what we're doing. We would also often go out socially on a Friday after work which was good.

Can be relatively expensive as it's based in Camden, London, but the salary covers living expenses with some left over.

I more went to bars than clubs, but there was plenty of choices, and loads of good places to eat too!

There were quite a few societies such as a Running Club, however I was usually so shattered at the end of the day so didn't end up joining any during my year's placement.