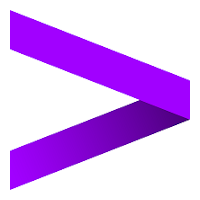 At Accenture I was able to do a variety of roles with this. Technical roles such as: Developing applications, Testing and DevOps As well as more admin/business roles: PMO (Project Management Office) and Consulting

I liked the atmosphere of my colleagues - they were all very social and many of them taught me a great deal, directly and indirectly. I am definitely a better programmer as a result of their guidance as well as better at working together as a team in a technology company.

I felt I was given appropriate tasks - it did not matter that I was on my placement year. Some tasks included research into areas where no one on the team had knowledge - some of which were detrimental to the success of the project (for example one of the projects had a closed API and I was given the responsibility of implementing it. The API itself was what the whole project was about).

I felt that my line manager and my career councellor did not give me much guidanace, however I was given sound advice by other colleagues in the company - both from managers and also from colleagues who had done a placement year themselves/colleagues who had gone straight into the graduate scheme.

Most days I was extremely busy, I often arrived into work just before 9 am and left closer to 6 pm. That being said, I was not stuck my PC programming all day and it was still a social atmosphere, despite it being a busy working day. (It was still relaxed and if I wanted to pop out for a coffee/snack I was able to)

Talking to other developers I improved my programming skills, both by learning from their work and also from what they said - I definitely understand how programming languages come together better, which allows me to programme smarter. Accenture also gives you access to the site Pluralsite - which is a very good learning resource. When I first started I had to view a lot of courses on pluralsite - this got very boring very quickly and I stopped learning much very early on. Now I'm closer to the end, some weekends I try to spend a few hours learning about certain subjects on Pluralsite and it's been very beneficial. This alone should really help me in my final year as I now have knowledge in a broad area of topics. There is also a lot of training in Accenture. I only went on two training courses, however they were both useful and I learnt a lot.

I worked at two different offices (one Accenture owned, one client site) and spent a few days in a third office (Accenture main office). I felt that all the offices had good, but different environments. The accenture offices are more laid back and up to date. All offices were generally quiet, as everyone is working, but you are able to socialise with people for a few minutes as well. Some offices had weekly 30 minutes tea breaks to socialise (on a monday).

The first month I spent "training" which was really just me watching online tutorials. This was not very good in my opinion as I was god bored, lost focus and ended up not learning that much towards the end of the month. The second month I spent on the bench (not on a project). The next 10 months I spent my time working, like any other member of the company. I felt no different to a graduate.

There is a lot of training, both in a classroom and on line that accenture allows you to use. This is very beneficial as you can learn a lot of different topics, it doesn't matter if it is technical or business. I felt that I did not do much training, however it was always an option.

A lot of the people on my final project were out of town resources. This means that they travel from somewhere (mainly from other parts of England, but a few were from different countries) and stay at a hotel. This means they are always up to do something in the evening as it beats sitting in your hotel on your own!

I worked in London. I decided to live at home and commute as it was cheaper. The journey time of the commute is about 1 hour, but due to all the people in London it often took 1 hour 30 minutes. As a result of living at home I did not pay rent, however my train ticket still cost around £550 per month. I therefore did have more money than other placement students in London (£500-800 per month just on rent)