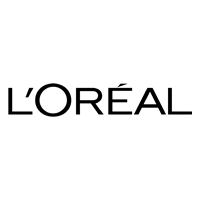 This review was submitted over 4 years ago, so some of the information it contains may no longer be relevant. Click here to view the most recent reviews for L'Oreal

I really enjoyed my placement year at L'Oréal. I learnt so much and was able to complete a variety of different tasks. It's a great company to work for - really fast paced and exciting. There are times where it's quite high pressure and there are also times where you can be a little slow on the work front, but overall it's been amazing.

The team I worked with was really lovely. It wasn't as large as some of the other teams so I felt like I could get to know them better and get along with them. When I started, as I was in the digital team, it was only me and my manager so unlike the other interns i wasn't surrounded by a team of 5-6 people so I didn't have as many close relationships, but I really liked working with everyone.

I had two managers as my original manager moved teams mid-year, but both of them have been really great and supportive. My first manager was really understanding and tried to give me the best experience possible which I really appreciated. I was really lucky to have two great managers.

It really varied for me. A lot of the interns would either be really busy or it would be really quiet for them, but for me, some days would be manic and some would be really slow. Towards the end, it became a bit more balanced but it would have been better if it was consistent throughout.

I had a lot more responsibility than I thought I would have. I basically ran the brand social channels for about 6 months and also completed the monthly newsletter independently all year. It was really nice to feel trusted enough to be given this responsibility and it made me feel like a valued member of the team and not just an intern.

The skills I've developed at L'Oréal will massively help me in the future. I've learnt so much and feel like I've grown a lot as a person since I started. I have gained some fantastic experience that will be great on my CV and also to employ in final year. It's been an amazing learning curve.

The atmosphere was really great - especially in my team. At L'Oréal people get down and work hard but they also enjoy to laugh and joke and have a chat during the day and that really helps make the atmosphere so great. I guess it would depend on your team but in general everyone is really friendly and helpful and they treat you as a colleague rather than a student.

I think it was really well set up, Even the interview process was really structured and organised. When I arrived I had a fantastic handover with the previous intern, everything was all ready and set up for me and that helped me integrate with my role really easily. Nothing felt rushed or last minute and everyone was on the ball with what we were doing.

We had a few online training sessions, but that was it really. I don't feel like they invested a lot of time in training us - a lot of what I learnt was through getting on with it day to day. That was fine with me, but some additional training would have been good.

I loved my time at L'Oréal, but overall I don't think the culture is for me. It's very competitive and a lot of things happen last minute. I think if that sort of environment is appealing to you, it would be a fantastic company to work for, but for me I think a year was long enough. If i had the chance, I may consider returning in the future but not right now.

Yes, there was quite a lot of intern events that were organised throughout the year. They did mainly consist of nights out and partying though. For me, doing that a few times was ok but it would have been nice to see a bit more variety. There were team drinks now and again as well which was nice - L'Oreal is a very social company.

This is London so it is very very expensive. I lived about a 40 minute commute away from work so it was a little cheaper but the cost of travel definitely brings it up. Drinks and meals are always more expensive as well. It wasn't unmanageable for me because I'd saved some money before I started placement but I did have to be careful about spending.

In Hammersmith, there's a few pubs but generally the social life is pretty poor. It's much better to make the short journey into central London as there's a lot more to do there. Covent Garden is a really nice place for social events and there's lots to do there. For after work drinks or a meal though, Hammersmith isn't that bad.

Very little really. We would get the occasional email saying there was something going on or volunteering opportunities but it was quite limited. I had hoped there'd be a few more things to get involved in, but along with the intern socials they may have thought that was enough. If you want to do something additional, it's probably best you look into it yourself.