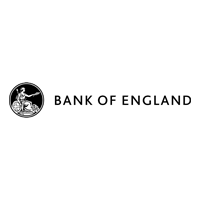 Actuarial Intern at Bank of England

This review was submitted over 4 years ago, so some of the information it contains may no longer be relevant. Click here to view the most recent reviews for Bank of England

The people working at the Bank of England are all extremely helpful and willing to give you advice regarding their roles within the Bank. However in my experience my manager wasn't too strict meaning I was able to work fairly flexible hours as long as I completed the tasks required of me. I was given roles of responsibility fairly early and enjoyed the fact that my work had real world implications on companies/businesses being supervised. This ensured my job satisfaction was very high.

All of my fellow colleagues were extremely helpful and willing to help should I require it. In addition the fact they were very approachable meant that I was able to learn very quickly. They also gave me positions of responsibility fairly early on in the internship which meant that I felt like they trusted me. This therefore meant that I felt valued as I felt like I was one of the team members. This was further developed by the trust they placed in me allowing me to present in front of very senior figures within the Bank itself. An extremely nurturing environment!

Both my supervisors and the functions available within the Bank (helpdesk) were very user friendly and were very willing to help. In particular the attitude of fellow colleagues was a great benefit as I felt very supported throughout the internship. Basic guidance functions were also available on an automated system meaning that the facilities were there for me to be able to learn how to complete some tasks without the need of asking fellow colleagues for help/advice. This in turn allowed me to feel more confident when completing tasks/functions.

I felt like I was given a suitable amount of work to complete during the internship. I was given various tasks to do and had to prioritise which tasks needed to be completed at which times. The tasks weren't given on a daily basis meaning that I had the responsibility to complete both short term and longer term pieces of work over the course of a few weeks. This is more representative of a normal working environment where I will have to balance different tasks at the same time. I therefore felt like this was a good experience for me to have.

During the placement I was given different roles of responsibility. To begin with, I wasn't given very much but as time progressed and the quality of my work being produced increased, I was given increasingly more. This suited me very well and meant that I wasn't under too much pressure in the internship. Towards the end of the internship especially, I felt like the work that I was completing would have real world implications and so enjoyed the fact that it would have the potential to affect real businesses. This was good as it retained my interest and focus.

Though my degree wasn't directly applicable to my internship, the skills that I developed during the internship are very applicable to the rest of my career. I was able to develop basic office environment skills such as IT skills, interpersonal skills etc. However in addition I was able to develop my analytical skills. In particular I developed my analytical skills when looking at qualitative data. This was a skill that I didn't have as much experience with and so I enjoyed the challenge and opportunity to address this weakness. I will therefore have stronger abiltities in this field for the future.

The people I worked with were very friendly, and I found that economists in the Bank are generally very approachable and happy to help if I was having difficulties. People can also be very busy however so there is not always a lot of interaction.

I was very lucky in my placement as my particular line manager was very efficient in producing meetings, reviews, objectives etc. for me during the internship. In addition the Early Careers team was also fairly good in organising meetings/seminars where they explained what was expected of us, what we had to aim for etc. We were also told in good time which forms etc to complete and by what time relevant documents had to be completed for.

The Bank encourages personal development hugely with weekly events/ seminars /talks across the Bank. As an intern this was really useful and training was offered where needed. The scope of the training available was quite diverse. However, on some courses, numbers are limited which can be quite annoying if you can't sign up in time.

Future employment prospects within the Bank are fairly good as long as you perform highly during the internship. This is to be expected however as they promote excellence of their work force. This fair scheme ensures that if you are efficient and productive, you will be rewarded with an opportunity. This is particularly important as it can often be difficult to gain schemes in the current job climate. If you perform highly in this internship, you will be offered another and potentially even a graduate position as long as the option is available.

In my cohort, there was constant interaction with fellow interns which was perfect for sharing any experiences/ problems. There was an initial social organised for the new interns but after that it was down to us to organise any socials or get together.

The cost of living and socialising was always fairly high as a result of being in London. If we were lucky enough to be able to live with family and not have to pay rent, we were able to save some money, however many people were forced to rent in London during the internship meaning that they didn't save much at all. Socialising was also fairly expensive as there are no locations close to us which are particularly cheap. The location was also good however as people were able to travel in from locations outside of London due to good transport.

Being in the heart of London meant that there was a large number of opportunities for socialising after work. In particular, the interns in my particular intake favoured a pub fairly close to us. Though we did not experience the Night life as much as some people may have expected, our location meant that the option was always there should we need it. The downside is that the places available were fairly expensive, however this can only be expected as we are in the Capital of the UK where the prices are known to be larger than elsewhere.

The Bank has schemes where you can volunteer to do things outside work for charity/schools, for example I went to a school every Thursday lunchtime to help young children with their reading.

More reviews from Bank of England

More reviews from Bank of England