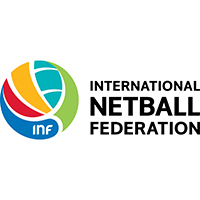 About The International Netball Federation

Over 20 million people play Netball around the world in more than 80 countries.

Currently, over 70 National Netball Associations are affiliated to the INF, grouped into 5 Regions – Africa, Asia, Americas, Europe, and Oceania – each with a respective Regional Federation.

The INF is managed by:

The INFs strategic plan is built on four pillars.

This is the blueprint for the work we at the International Netball Federation will be doing to lead world netball in the future.

Underlying the work that we do are our Vision, Mission and Values

A socially responsible sports movement recognised universally for its positive impact on people and communities around the world.

INF promotes empowerment by working with our Members, from grass roots to elite, to provide safe and supportive environments to develop life skills and to sustain growth.

Values (our culture and beliefs)

We aspire to Excellence in everything we do. We hold the principles of Fairness and Integrity at the heart of our sport. We create opportunities to foster lifelong Friendship through the love of netball.

Not to worry - we still have lots of opportunities available on RateMyPlacement.

Do you represent International Netball Federation?

Get in touch to find out how we can help you recruit the best students for your placement, internship, insight or vacation scheme opportunities.

Number of Placements Available This Year

Number of Internships Available This Year