The 10 Game of Thrones Characters You’ll Meet at University 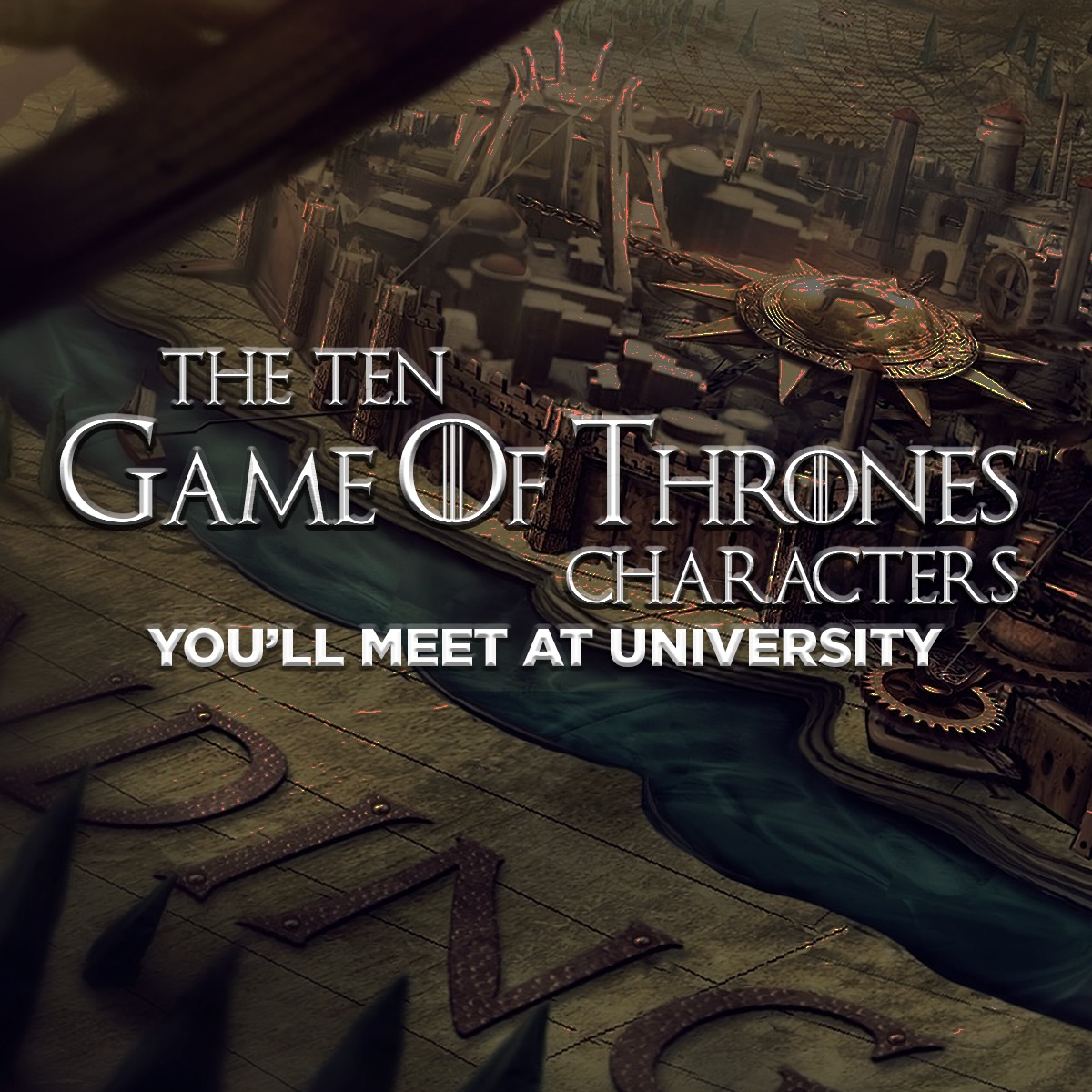 You will never see this person without a drink in their hand.

They arrived at university with a few t-shirts, two pairs of socks, and seventeen crates of cider. Like Tyrion, they live day to day, from cup of wine to cup of wine.

Remove the dwarfism, and the fact that his brother and sister are bedbuddies, you are almost certain to meet a Tyrion at university.

'I drink and I know things,' observed Tyrion in season six. The drinker could drink Phil Mitchell under the table, and they know their way round the alcohol aisle in Aldi.

You will inevitably meet a hopeless romantic at university. They fall in ​love during Freshers, and spend the next three years pursuing it - to no avail.

​The hopeless romantic will pick classes just to be close to their Daenerys, will accidentally and suspiciously bump into them on nights out, and fist-fight anyone who dares to speak a bad word about them.

3. VARYS - The Master of Whispers

There is always a person on campus who knows everybody's secrets. They can sit anywhere in the lecture hall, and know the business of the person sitting next to them... their timetable, their weekend plans, and who they are sleeping with.

​Beware of the Varys of your university. A famous philosopher once said, 'That's why her hair is so big, it's full of secrets!' The opposite is true for Varys.

And on the subject of hair, there is one other person you're sure to meet at university - the balding nineteen year old.

You will not know they are balding; they will be wearing a hat. ​Always the same hat, which will lead you to wander if they were born in that hat, of if they are paid to wear it.

Until one day, the hat is removed. The nineteen year old head is revealed, hair thinning and receding like Bruce Willis, post-2002. 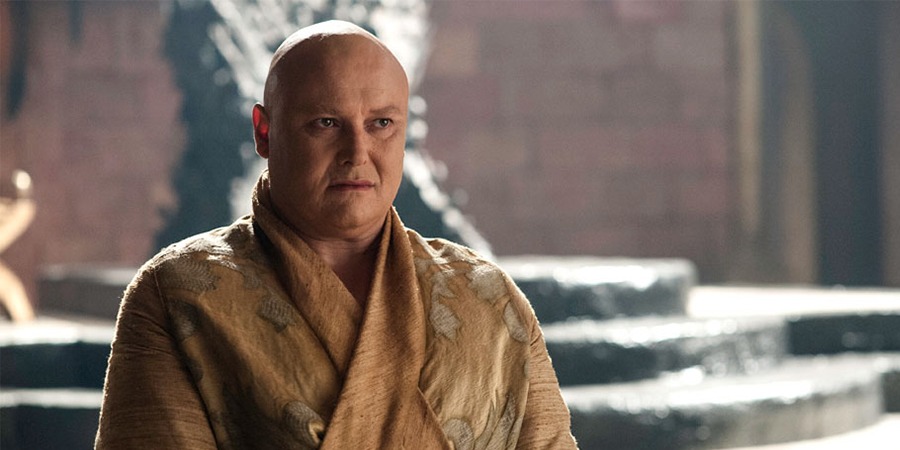 Everybody loves Jon Snow. The chaps who murdered him were obviously not huge fans, but everyone else in Game of Thrones thinks he is a top, top fellow.

Jon is a leader, a warrior, and he cares for the community - he is the people's champion.

You might only come across such a person once at university. If you are so lucky to meet them, do not let them go. Two words - housemate material.

​The people's champion will take the smallest room voluntarily, they will deal with the creepy landlord, and lend you a mushroom when you are short of mushrooms for a spaghetti bolognese.

Protect your friendship with the people's champion like an angry bear would protect its cub. They are worth it.

5. CERSEI LANNISTER - The walk of shame

You see them all the time, trudging up university road, high heels or blazer in hand. They either look incredibly pleased with themselves, or deeply troubled.

​On a Saturday morning, you see so many walks of shame it looks like someone has organised a charity fun run.

Cersei Lannister's walk of shame in Game of Thrones is somewhat more brutal. Then again, her children are so inbred, they are basically sandwiches. ​

Have you considered doing a summer internship?

​Ned Stark didn't survive the first season of Game of Thrones. Just as many of your peers will not make it past first year of university.

They will somehow manage to fail first year, or decide on a radical course change, from Law to Hotel Management.

​You will often wonder what became of the first year dropout. Where are they now? Are they still at university? Was hotel management the right path for them?

You will come across them again in later years, queuing for a freshers event as you walk into a final year exam.

7. THE MOUNTAIN - The gym bunny

​The low-low-price of university gym membership makes paying £9,000 a year in tuition fees seem rather reasonable. Who cares for a student debt that could exceed £50,000 when you can use the cross trainer for almost nothing?​

Cheap gym membership has compelled large numbers of students to become 'gym bunnies'. ​You can not move on campus for people in gym gear; some of them don't even see to be going to, or returning from the gym.​

​They walk around in leggings, an old t-shirt and New Balance trainers, to let everyone know they are considering going to the gym, or underline the fact that, at one point in their life, they have been inside a gym.​

They speak loudly about 'yesterdays session', and complain about their legs being 'in bits'.

Some gym bunnies walk into lectures, still wearing their weightlifting belt and have chalk on their palms. Nobody has any doubts that they go the gym.​

It's not until you actually enter the university gym that you meet the true gym bunnies. Giants they are. Huge, hulking figures who resembled Game of Thrones' very own beefcake, The Mountain.​

They may not sack villages and kidnap maidens like The Mountain, but look suspiciously like the bouncer at the local student bar.​

It's only taken six seasons of Thrones for Daenerys Targaryen to make it to Westeros. Only six years and sixty episodes for her to get on that bloody boat.

Soon, everyone in Westeros will be talking about Daenerys. She is the Queen of the Andals, the Mother of Dragons, the Big Name On Campus.

Nobody is quite sure how someone becomes a BNOC. It must be some form of wizardry.

They are at every party, every night out, every important meeting and every awards ceremony. Any event attended by the cool cats and the student aristocrats - they are there.

This is all part of their master plan, their strategy, to climb the steps and sit on the iron throne, of the Student Union President.

Lecturers come in all shapes and sizes - like potatoes. Young professors, fresh of the stage from their PhD presentation, stroll from class to class, looking impressive and intriguing.​

​Then there is the more experienced professor - you could be forgiven for thinking Grand Maester Pycelle has just walked into lecture hall.

Retirement was not an option for the ancient lecturer. They have kept up to date with modern technologies, and have a particular flair for creating PowerPoint presentations.

You have to battle through a crowd of smokers to get to the front door. The lowly-motivated, lowly-paid cafeteria staff stare as you walk on by.

If you have forgotten your ID card, there are two two paths you can take. You can try and sneak past the flat-footed, but nonetheless determined looking library security guards, or approach the chief librarian at the main desk.

The chief librarian may seem the safer option, but they treat lost ID card offenders like felons, and are experts at writing passive aggressive emails to hoodlums who return books late.

Eventually you make it through to the ​main library, where the final Game of Thrones character you'll meet at university is revealed... Samwell Tarly.

Sam is Jon Snow's loyal companion, and looks strikingly similar to the chap who works in your local Greggs bakery. He also spends the majority of his Game of Thrones screen time with his nose in a book, or pottering about in Castle Black's library.

​The Samwell Tarly of your university is always in the library, no matter the day, or the lateness of the hour.

They walk around through the aisles in socks, sometimes pyjamas, and have library friends who they lunch with on a daily basis.

Do they live in the library? 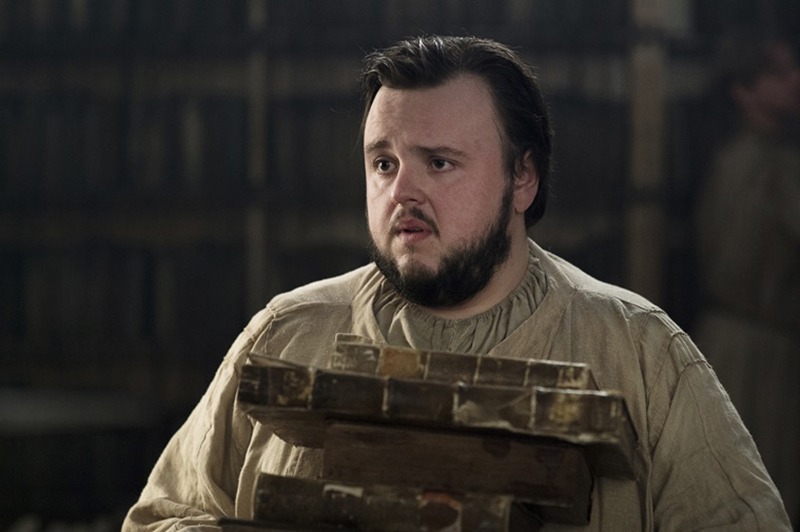 Conor has been writing about placements, internships and undergraduate work experience for RateMyPlacement.co.uk since July 2016, where he joined straight after graduating from university.